Is the Mining Boom over? 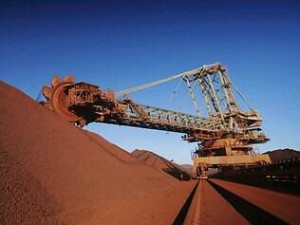 As the investment phase of the mining boom culminates and Canberra seeks new sectors to drive economic growth it would seem justifiable to say the future for resource dependant TNC’s like Rio Tinto, Santos and BHP Billiton look bleak. But in reality a new horizon characterised by production and prosperity lies ahead.

With the completion of a vast number of resource related infrastructure projects scheduled for production or completion in 2015 the products of the investment phase of the mining boom are finally coming to fruition. Among these projects includes Santos and Origin Energy’s $18.5 billion dollar Gladstone LNG project, BHP’s Caval Ridge venture and Rio Tinto’s $6 billion dollar Pilbara port and mine expansion. With the completion of these projects production levels are poised to soar, a notion echoed by BHP’s 2014 annual report which projected a 20mt (mega ton) increase in production from its West Australian iron ore mines in 2015. However, these figures are almost certain to head further north over the longer term and across the entire commodities spectrum as the resources sector finally reaches its productive capacity upon completion of all major infrastructure projects. However there is not only optimism in regards to production levels but also in relation to increased demand as a recovery in Chinas economic growth begins to eventuate. In early august china released the purchasing managers index (PMI) a key indicator of factory activity. It revealed the index had increased to 51.7 the highest level in two years and 1% above the market Consensus of 51.4. These figures suggest the Chinse economy may being to approach its target growth rate of 7.5%.

An achievement that would go hand in hand with increased demand for commodities like iron ore, copper, coal and aluminium. Theses prospects would certainly drive the profitability of companies like Rio Tinto, BHP and Fortescue as well as the resource sector as a whole which in turn would send shares price and dividends on an upward trend. With the increased Chinse demand and production that lie in the foreseeable future the brightest days for the resources sector lay ahead.