The beginning of the end for Sydney’s housing boom 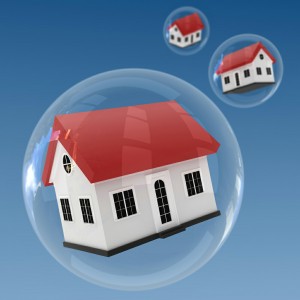 The RBA once again held the official cash rate at a record low 2.5% this Tuesday the 5th of August. However whilst this may signal short term relief for Sydney households with the banks likely to pass on the RBA’s decision it once again indicates to the potential collapse of Australia’s housing market.

With borrowing rates set at unprecedented lows (In many cases below the 5% mark) investors and home buyers alike are provided with an inexpensive source of credit to fuel their investment into Sydney’s property market. This investment has seen the growth rate of Sydney property reach levels as high as 15%. This growth in housing prices is indicative of an unparalleled increase in demand as a result affordable debt financed investment into Sydney’s housing stock.

However, with inflation poised at the limit of the RBA’s comfort zone of 3% the cash rate is almost certain to begin to normalise within the next 6 months. This could spell the beginning of the end as the RBA is forced to raise the cash rate for the first time since August of 2013, a decision the major banks will only be too happy to affirm. This will result in increases to the borrowing rate of the banks and will ultimately eventuate in the demise of the affordable source of finance that allowed investors to inject cash into Sydney’s Housing market. Effectively this reduces the overall demand for Sydney property which will ultimately reduce the price as supply remains stable.

Conversely, the question that remains unknown is to what extent the property market decline will. Although it’s unlikely a housing crisis on the scale of the GFC will eventuate, a decline in the vicinity of 10% in the near future is a realistic possibility as the cash rate returns to more conventional levels and borrowing decreases as a result. Clearly as the capital that has fuelled the soaring prices of Sydney homes finally dries up their is one message that resonates loud and clear: Buyers beware.