The Future for the Aussie Dollar 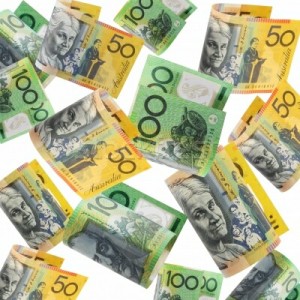 As August comes to an end the dollar stands at $0.9337 against the greenback. But what does the outlook look like for the future of the dollar?

The stronger than expected CAPEX data released on the 28th of August points towards strong growth in the Aussie dollar. The market expected a 0.9% contraction in capital asset expenditure but instead received a 1.1% increase. This indicates that the RBA’s monetary policy is starting to kick into high gear as investment and confidence figures head north and in turn create stronger demand for the dollar.

The RBA’s indication that it will keep the cash rate on hold also bodes well. With NAB forecasting no change in the cash rate until 2015 and RBA chief Glenn Stevens showing contentment with inflation in the vicinity of 3% it seems that the cash rate is set to remain on hold at 2.5%. This would continue to support increased investment and assure the Aussie dollar remains in high demand. A weakening greenback reinforces the Aussie dollars position particularly over the longer term. A potential decline in the USD looms large as pressure mounts on the Federal Reserve to shift its monetary policy stance in order to place less importance on marinating the greenback’s position as the worlds “reserve currency”. However China’s pause in economic recovery also seems concerning for the dollar at least in the short to medium term.

However, at the moment the key issue for Forex markets is the quarterly GDP announcement set for release on Wednesday the 3rd of September. Westpac Forecasts Q2 economic growth of 0.4% well below the mean of 0.8% which would reduce the investment levels that have begun to elevate throughout the year and dampen the largely positive outlook.